10 of the World’s Best Yachting Locations 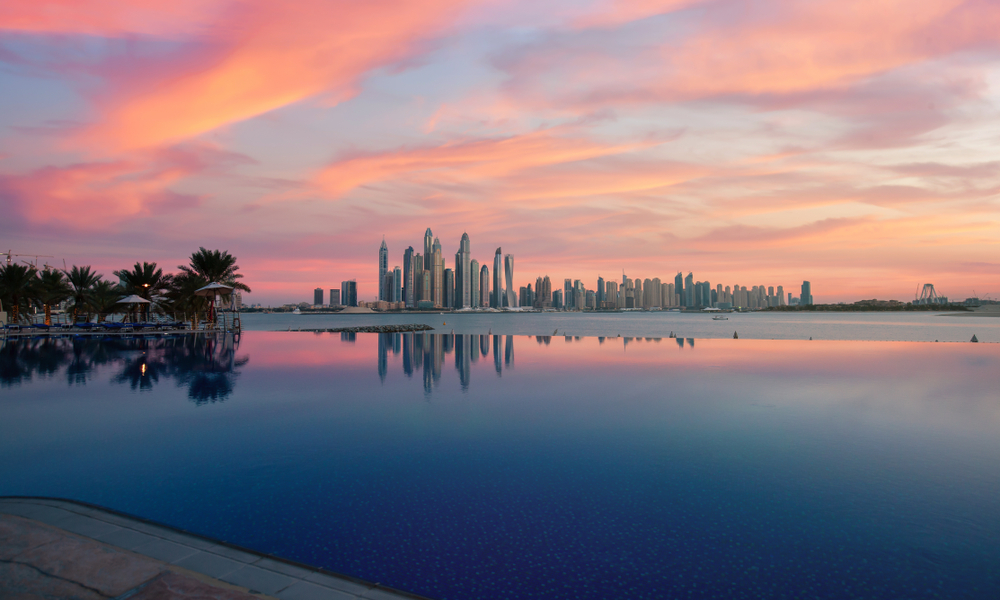 While sailing your local open waters have you ever wondered where would be the best location to travel to? Wonder no more as we’ve compiled a list that shows 10 of the World’s Best Yachting Locations to take your Magnum Marine craft. From the sunny shores of Palm Beach, Florida to the opulent harbors of Dubai. Your next journey will surely be one to remember.  Continue reading below to learn more!

Is there anything that rivals the romance, adventure, and freedom of cruising the seas in a luxury yacht?

Perhaps the most glamorous seaside destination in Europe, the French Riviera, or Côte d’Azur, draws the sailor and sunseeker alike. Picture-postcard villages and chic beach resorts line the coastline from the cosmopolitan glitz of Saint-Tropez and Cannes to the unspoiled beauty of Port-Cros. The winter resort city of Nice, with its ample sunshine, white-sand beaches, and special events such as the Cannes Film Festival attracts a who’s who of the international glitterati. West along the coastline, past the jet-set destination Saint-Tropez, the island of Porquerolles awaits, with a peaceful escape from the bustle of the mainland.

Surrounded by its wine-dark seas and thousands of islands, ancient Greece prospered with a maritime culture that became the cradle of western civilization. There is plenty left to explore, from the natural beauty of its uninhabited isles to the beaches and cosmopolitan nightlife that have made islands such as Mykonos into global destinations. Yachters can stop for an archaeological exploration or a night on the tiles in the tavernas of Athens to the nightclub scene of Mykonos, Corfu, and Crete, the largest island in Greece.

3. The US Virgin Islands

The naturally deep harbor, steady winds, and calm waters of St. Thomas make the island an ideal port of call while cruising the Caribbean on a luxury yacht. Upon arrival in Charlotte Amalie Harbor, the beauty of the island’s hilly topography is immediately apparent. The upscale shopping and fine dining scene make for a memorable stay. The idyllic neighboring islands of St. John and St. Croix are a haven for diving, snorkeling, kitesurfing, and other water sports. Just east of St. John are the British Virgin Islands. Comprising four main islands and hundreds of tiny palm-lined cays, sandbars, and rocky outcroppings, the BVI is one of the most popular cruising destinations in the world.

Sailing has always been an intrinsic part of Palm Beach and its seaside heritage. Established in 1890, the Palm Beach Yacht Club and Marina is the city’s oldest business. Cruising in Palm Beach can mean a leisurely and scenic sail down the Intracoastal Waterway between the city and its natural barrier islands, or a more adventurous trip out on the open waters of the Atlantic. But it’s not all plain sailing. On land, the legendary Palm Beach lifestyle awaits Members-only clubs (Mar-a-Lago and Palm Beach Bath and Tennis Club); world-class sports at Palm Beach Polo, Golf and Country Club in Wellington, and the Honda Classic golf tournament in nearby Palm Beach Gardens; and, shopping on Worth Avenue, a retail mecca that rivals Fifth Avenue in New York and Rodeo Drive in Beverly Hills. Forty nautical miles south of Palm Beach is another yachting hotspot, Fort Lauderdale, home to the world’s largest “in-water” boat show.

Sardinia’s Emerald Coast is a playground for the international jet set, and its dramatic, unspoiled coastline and luxury marinas draw yacht folk from all over. The marine grottoes of Cala Gonone and the rock formations of Capo Testa, shaped by centuries of sea winds, are favorite attractions. While the quaint towns of Carloforte and Castelsardo provide local color, the exclusive Yacht Club Costa Smeralda offers dining, a clubhouse, and spa services. After a day on the water, sailors can drop anchor and take a launch to explore the tiny islands of the Maddalena archipelago or the beautiful white sandy beaches and rocky cliffs along the Gallura coast. Tranquil sunset viewing turns to fine dining and sizzling nightlife in the exclusive restaurants, clubs, and discos of Porto Cervo and Porto Rotondo.

Bermuda has been the crossroads of the North Atlantic voyage since the town of St. George was settled by shipwrecked sailors in 1609. Between March and November each year, racing yachts from around the globe arrive in the harbors of St. George’s and Hamilton parishes to compete in regattas organized by Bermuda’s many sailing clubs. Thanks to the Gulf Stream, the island’s temperate climate is a year-round draw for leisure travelers, who come to cruise through the island’s Great Sound and soak up the sun and local culture. The warm waters are ideal for scuba diving, whether it’s to explore marine wildlife habitats or historic shipwrecks that dot the reefs around Bermuda’s perimeter.

This historic city on Narragansett Bay was founded in the 1700s and soon became an important port. During the 19th century’s Gilded Age, Newport’s open, oceanfront landscape, bypassed by industrialization, became a fashionable summer enclave for some of America’s wealthiest families. Their original Newport “cottages,” such as The Breakers, a seaside mansion built by Cornelius Vanderbilt II in the late 1890s, and Beechwood, the summer home of “The Mrs. Astor” remain beautifully preserved. Seafarers can take in views of Rhode Island’s rugged, rocky coastline, the Claiborne Pell suspension bridge, and Newport Harbor Lighthouse from the bay and then dock at the exclusive Forty 1° North marina for a full suite of luxury services.

Dubai, home to the world’s tallest building—the Burj Khalifa—is a convergence of dazzling skyscrapers, red-sand deserts, palm-shaped islands, and lavish beach resorts. In Dubai, recreation reigns supreme. Golf, Formula One, horse racing, camel riding, and indoor skiing are among the diverse sporting options on offer here. Shopping has been raised to an art form, whether it’s hunting for a bargain in a souk or a duty-free Ferrari in a supersized shopping mall. Its location on the Arabian Gulf and the new 1,100-berth Dubai Marina makes it a major hub for superyachts.

Greater Victoria is the boating capital of British Columbia. This picturesque region at the southern tip of Vancouver Island is about 50 nautical miles west of Vancouver, and 23 nautical miles north of Port Angeles, Washington, on the US mainland. The region draws sailors to its beautiful sheltered bays, craggy inlets, and safe anchorages, beyond which are temperate rainforests and the archipelagos of the Gulf Islands and the San Juan Islands. There’s plenty of marine wildlife along the coast and at sea: bald eagles, sea otters, harbor seals, and killer whales.

The 700 islands of the Bahamas begin at Bimini, just 45 miles off the coast of Miami, and stretch 500 miles southwest to the islands of Great Inagua and Little Inagua, neighboring the Turks and Caicos Islands. The Bahamas were made famous by Ian Fleming (the islands featured in the James Bond spy thrillers Casino Royale, Thunderball, The Spy Who Loved Me, Never Say Never Again, and License to Kill). But they’ve been a haven for sailors since the 18th century. They’re a paradise below the water, too, for sport fishing and scuba-diving. Palm-lined beaches, nature preserves, world-class golf courses, and colorful Colonial-style villas welcome seafarers ashore.

How to Correctly Plan your Yachting Route
January 4, 2022