Do You Know the Facts on Magnum’s History?

Magnum Marine was founded in 1966, by offshore champion and boat builder, Don Aronow. It began with the designed and custom-made 27′ race boat that the racer built for himself, named the “Maltese Magnum”. After the successful design, a factory was needed in order to build more boats like it. With his new factory Aronow also built the Magnum 35, and it. along with the Maltese Magnum, won championships around the world! 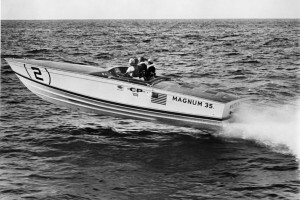 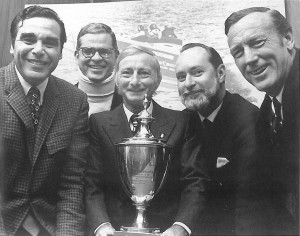 After the first two years,  Magnum Marine was purchased from Don Aronow by Clayton Rautboard. Out of the 27′ hull, two new models were designed: the 27′ Sedan and Magnum 28′ which offered more interior space. The Magnum 27′ became the ideal Patrol Craft due to its design.  At a boat show in New York, Marchese Filippo Theodoli spotted the Magnum 35′ for the first time and was immediately impressed. He purchased one of his own and became an exclusive European Magnum dealer. 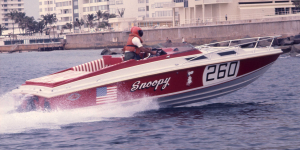 In 1976, Apeco sold Magnum Marine to Marchese Filippo Theodoli and his wife Katrin. This brought major change into the production line. Filippo had the innovative idea of transforming the race boat into a high performance luxury yacht , combining sea worthiness of the race boat with  the luxurious accommodations and comforts of a yacht, which the owner could drive by himself.  He also insisted on reliability and fuel efficiency and, therefore, was the first to install diesel engines in a Magnum. 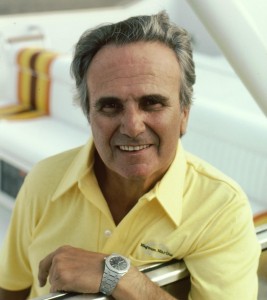 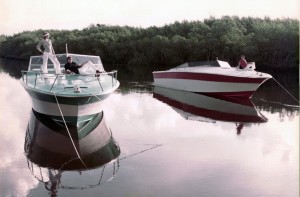 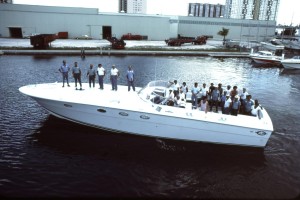 Since 1976, Magnum Marine has embraced impressive designs, expansions, and accomplishments! Interested in the full history and where Magnum Marine is today? Click Here for Magnum’s History or Here for More Legendary Photos!