The History of May Marine Racing, the Winning 27′ Magnum 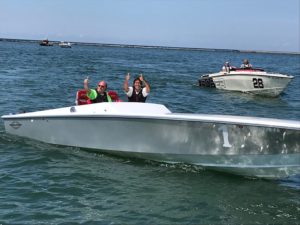 Congratulations to Ron May and his team, May Marine Racing, on their August 18th victory at the 2019 Dunkirk Great Lakes Off Shore Grand Prix in Dunkirk, New York!

A champion vessel, this Magnum 27’s origin story is a bit of a mystery. Over the span of 40 years, her original hull number was lost, something that tends to happen to boats that are restored, raced and rebuilt by multiple owners. Although her year of manufacture is unknown, her “story” continues to live on.

This particular 27’ started off as the property of a General Motors executive. It was allegedly stolen from him by an unknown member of the mafia, a little less than a year after taking delivery. Then, sometime in the 1970’s she was sold to a race team and was named “Mad Mother”.

Now a racer, the boat changed hands again. This time going to the race team “Cheap Thrills” who kept her racing her through out the 1980s.

Having raced for three decades, this 27’ was sold four times between the years of 1993 to 2013, ending up stripped and neglected. It was in 2014, Ron May, a long time boat racer and industry veteran, saw this 27’ for sale. He instantly realized that he had raced against it as well as crewed the boat throughout the 80s and 90s. The boat was purchased and her total restoration project was begun in late 2016. 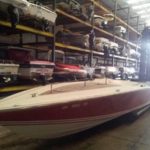 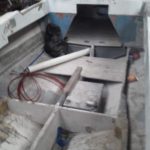 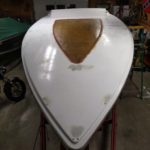 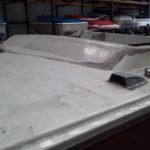 After Boat was Purchased and Restored by Ron May 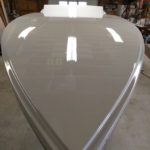 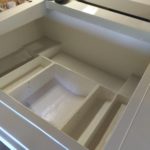 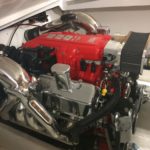 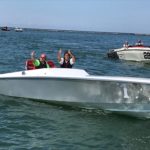 A total restoration and modification was underway. The twin stringer layout was changed. Ron lowered the floor by 6” and designed a new modular stringer and bulkhead system that was both lighter and stronger. The next step was to put in a new motor, first he went with a 500efi then switched to a Paul Phaff 600, which was bumped up to 680 with an Arizona Speed top end. Ron designed his own fuel pressure and fuel balancing systems, which gave the boat an incredible edge with an all new Bravo assembly and IMCO steering, completing the package. After 3 years of perfecting this classic, she went on to win her first race in two heats.

Keep an eye out for May Marine Racing in future events, who is looking to continue to dominate in his Magnum 27’ in Offshore Racing!