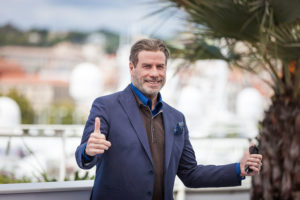 In Italy, if you hear the name of Don Aronow, probably only the nautical experts would be able to give an answer. In the United States, on the other hand, it is the synonym of champion, whether it is a sport or an entrepreneurial career. This enigmatic figure will be at the center of Speed ​​Kills, the film directed by John Luessenhop, starring John Travolta. The actor’s curriculum boasts of numerous interpretations of characters with an obscure (or at least hidden) past. One of his last appearances concerns the figure of John Gotti, one of the exponents of the Gambino family, the clan that dominated the city of New York. The nexus with the underworld is also present in the life of Donald Aronow, who was born as a great driver and at the same time the undisputed leader in the construction of large naval brands such as Formula, Magnum Marine, Donzi, Cigarette, USA Racing Team and Squadron.

His fortune grows with the sales of these big cars to great personalities of politics, economy and national and international society, such as Iran’s Shad Mohammad Reza Pahlavi, and US President George HW Bush. The legal affairs were opposed to those inundated, tightening numerous relationships with the Mexican drug cartels, putting him in serious trouble with the laws in force in America. His story was previously adapted to the big screen thanks to the work of director Andrew Wainrib in Thunder Man: The Don Aronow Story, released in 2009. Now the passage of delivery, from documentary to fiction, passes into the hands of Luessenhop, author of the film Takers, with Matt Dillon, Paul Walker and Idris Elba, and the remake Do not open that door 3D. John Travolta, in the part of Aronow, will not be alone. At his side there are actors such as Mattew Modine, Jordì Molla and Katheryne Winnick. Speed ​​Kills , shot in 2017 between Puerto Rico and Miami, will be released in theaters on August 24th produced by Oscar Generale, who is satisfied with the commitment made by the protagonist on set.

CLICK HERE TO VIEW STORY
This story was originally posted on empireonline.it.