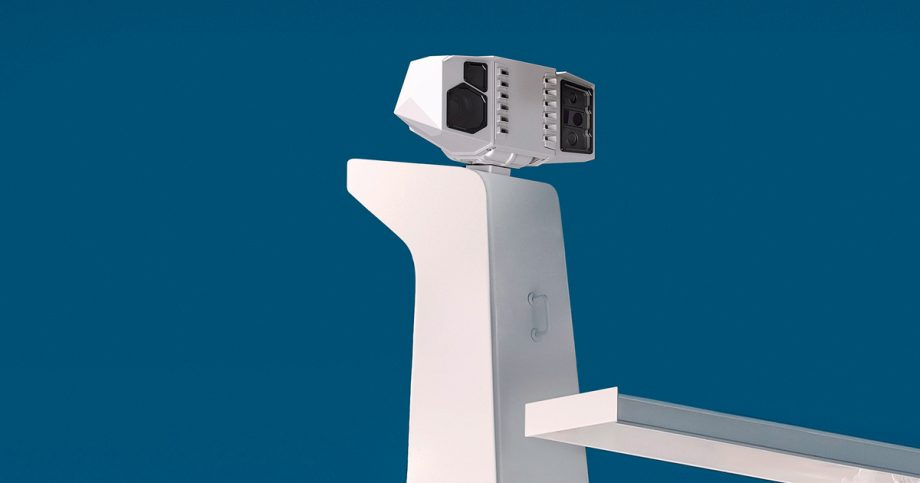 The new OSCAR system for yachting navigation is the next step in advancing capabilities on the water. Including modernized cameras with thermal imaging and the ability to scope out other things over longer distances, the new system is going to change the game. Continue reading to learn about the new piece of technology.

Aesop’s fable about the tortoise and the hare still rings true at sea as owners of displacement-only trawler yachts will be only too happy to tell you. When transiting on a lengthy passage from somewhere like the UK to the Med at the same time as a much faster planing yacht, they will often watching the faster boat speed off into the distance only to see it slope into Gibraltar several days after they’ve arrived. That’s because while the planing boat has been coast-hopping from port to port, spending the nights in marinas, the trawler yacht has been plodding along day and night without even stopping for fuel.

It’s a salutary lesson in slow and steady winning the race but it comes at a cost – the need for someone to stay on watch all through the night with a rota to allow everyone to get some sleep. But what if you could leave the graveyard shift to a robot watchkeeper with eyes that can see in the dark and an artificial brain that can recognise potential threats long before the human eye could even spot them and one day even steer around them? That is the longterm premise behind OSCAR, an entirely new type of navigation equipment that aims to bring artificial intelligence and autonomous learning to the world of boat navigation.

Currently sold as a watchkeeping aid (it can’t yet legally replace a human) it should nevertheless make night cruising a lot safer and more relaxing. That’s because it continuously scans the water in front of the boat, looking for potential hazards which may be invisible to radar and AIS, identifying what they are and alerting the skipper to their presence. The key to this ability is a combination of thermal imaging cameras and low light/daylight cameras which can pick up obstacles with very low radar profiles such as lobster pots, tree trunks, whales and semi-submerged containers as well as more obvious hazards like ships, icebergs and reefs.

The reason it’s able to do this is due to the sensitivity of the infra-red camera, which can detect temperature differences as small as 0.09 deg F.

Thanks to the differing thermal characteristics of materials like wood, metal and plastic, and the difference in the ambient temperature of the sea and air, it can pick up inanimate floating objects with remarkable clarity. And of course anything that creates its own heat such as cetaceans, ships and people, show up like beacons against, making it an invaluable extra safety tool in locating MOBs, especially at night. When combined with a conventional low light camera and a 16 X electronic zoom, it forms a very clear picture of the potential hazard.

The really clever bit is that it can then check the visual and thermal characteristics of the object against a vast database of similar sightings accumulated over more than 300,000 nautical miles of other OSCAR users’ voyages to help identify and assess the danger. At the same time as alerting the skipper of anything that poses a potential collision risk, it is also constantly updating the database. The result is an ever-growing network of information that will refine and improve the system’s ability to spot, recognise and assess the countless offshore dangers which even the most alert of human watchkeepers may struggle to see.

Given its value on lengthy offshore passages, it’s no surprise that the man behind it is a long-distance sailor.

After returning from a six-month sailing trip in 2013, Raphael Biancale realised there was a gap in the market for a product that would allow skippers to carry on cruising at night without fear of hitting unseen objects. His own experience working in intelligent car systems provided insight into what was possible and the idea for a camera-based AI-assisted navigation system was born. With support from the Austrian Research Promotion Agency and fellow sailor/technology entrepreneur, Gaetan Gouerou, they set about developing a solution.

OSCAR (Optical System for Cognition and Ranging) was initially developed and tested with the help of offshore yacht racing legend Jean Le Cam and three Vendée Globe winners. Since then a number of well-known tech investors have jumped on the bandwagon, including Christoph Ballin, the founder and CEO of Torqeedo electric boat engines. The result is a six-strong range of products from the entry level One 320, with a single fixed thermal camera and a range of 1km, up to the flagship Sentry, an all-singing, all-dancing set-up with two sets of thermal and low light cameras, 360-degree vision and a detection range of up to 6km.

It’s fully compatible with existing navigation systems using the NMEA 2000 interface as well as both IOS and Android based tablet and smartphones. It’s not cheap – prices range from €9,999 for the One 320 up to €39,990 for the Sentry plus an annual software licence of €999. And while it’s a valuable safety tool, you can’t yet legally rely on it to keep watch without human back-up. However, with self-driving cars already on the way and the potential for OSCAR to link to an autopilot, it can only be a matter of time before it can handle the night shift alone.