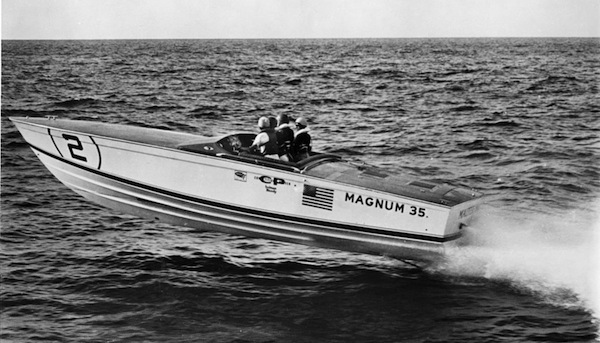 As offshore racers and boating enthusiasts participate in the biggest race of the year, the 2022 Key West Offshore Powerboat Racing Championship, Magnum Marine likes to keep in mind the history of offshore powerboat racing within the company. Continue reading to learn more.

In 1966, Don Aronow built a new 27′ race boat, which he named “Maltese Magnum.” With this boat, Arnonow became world champion and continued to build a factory where he made other boats, thus founding Magnum Marine.

Aronow created a new factory right next to his old one and added one last factory two years later. The street that his factories were founded on was known as “Thunderboat Row.”

The work that Aronow put in on Thunderboat Row led him to create many new models and win championships at offshore powerboat racing competitions. He went on to build a 35′ race boat with both the Magnum 27’ and the new 35′ winning championships all over the world.

To learn more about the history of Magnum Marine, click here.