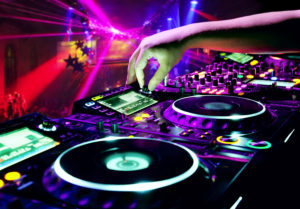 Toronto-based DJ and producer Miss Tara has moved into making music for Hollywood movies. She has recently produced the theme song for the upcoming John Travolta movie Speed Kills.

Miss Tara is currently filming the music video for Speed Kills with Apache Star, one of the most famous and valuable powerboats ever built in the United States of America. Built in 1992, the speedboat has only been in competition three times. She is also a two-time champion, and in 2015 rode from the USA to Cuba in only 90 minutes, a world record.

Additionally, Producer Richard Rionda Del Castro and his partners Travis Cloyd and Guy Griffithe of TopdogVR are announcing a 360-degree experience shot alongside the feature film.

The groundbreaking experience is eight episodes at 7-9 minutes per episode. Each episode will cover immersive boat racing, mobster beatings, drug running, as well as DEA chasing in 360 degrees of action. It is one of the first VR-drama’s to ever be released and certainly the longest produced ever to date.

Coming off a massive win for the Best Feature Film VR 2018 at Cinequest Film Festival in Silicon Valley this past month, the cinematic VR experience ‘Speed Kills VR’ released in April.

‘Speed Kills VR’ will also be premiering at Marché Du Film Festival Du Cannes May 8-17 in France. It also released on Google DayDream, Oculus Gear VR, Oculus Rift, HTC Viveport, and iOS on April 25. Just in time for the Oculus Go stand-alone headset to release to the market in May within the US.

Speed Kills is produced by Hannibal Pictures’ producers Richard Rionda Del Castro, Luillo Luiz, and Oscar Generale. The soundtrack is composed by Geronimo Mercado and produced by Laurent Eyquem. The music video is produced by Jean-Marc Lopez and Tara Mobayen.

The film starts with Ben Aronoff (Travolta), millionaire construction manager, suddenly relocating himself and his family from New Jersey to Miami Beach. He leaves behind his successful business, classic car collection, and luxurious home to find a fresh start.

Once in Miami, Aronoff finds his shady mob connections but wants to start a new life without any muscle behind him. He soon finds happiness in powerboat racing and purchases a boat.

After being defeated in the prestigious Miami to Nassau race from his boat overheating, Aronoff makes it his mission to become a champion racer. To achieve this, he creates his first company Formula Marine. Through Formula Marine, he introduces innovations that quickly become the standard in powerboat racing.

After building the value of the company, he sells it for millions and later creates a new company called Magnum Marine. One year after finding the company, he wins his first powerboat championship but has spent so much money on racing that he is unable to keep up financially.

After partnering with Meyer, Aronoff soon becomes a respected earner for the mob. While working with the mob, he becomes enemies with Meyer’s nephew Ben Kramer, a hot-headed marijuana trafficker…

CLICK HERE TO CONTINUE READING
This article was originally posted on OneEDM.com.