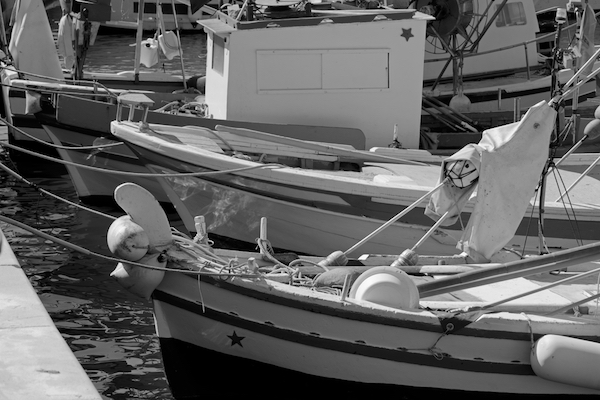 Previously, we learned how Don Aronow turned a ghost town into what is now known as “Thunderboat Row“. This time, we will take a look at some of the other builders who made NE 188th street their home and how the decline of Thunderboat Row began.

Last week, in Part One of the story of Thunderboat Row, we explored how the legendary Don Aronow became interested in the new thrill of offshore boating and racing and in 1962, established Formula Boats on a desolate dusty dead-end road in North Miami called NE 188th Street.

We left off with Aronow’s creation and subsequent sale of Formula, then Donzi, then Magnum, his creation of Cigarette, and the start of other builders setting up shop at what was fast becoming known as Thunderboat Row. At the same time, the street was gaining both an admiring but perhaps seedy reputation for some of its underbelly activities involving drug-running. We now look at some of the other builders that called NE 188th street home and the eventual decline of Thunderboat Row.

in 1974. Pepe Nunez, to be joined later by his son Jo, set up Pantera Powerboats on Thunderboat Row. Pantera V-bottoms went on to win many national and world offshore racing titles. Most Panteras are easily recognizable by the hillside graphics featuring a pair of fluorescent green cat’s eyes. Pantera was one of the first makers to utilize the new developing technologies of Kevlar® and carbon fiber in the layup process.

Bob Saccenti, who had known Aronow back in New Jersey, moved south and started working for him at Cigarette Racing Team. With Aronow’s help and blessing, Saccenti started Apache Powerboats in 1978 across and down 188th Street from Cigarette. Aronow had provided Saccenti with the hull and deck moulds which became one of the winningest V-bottom race boats — the Apache 41, the first of which was the famous #69 Apache Warpath.

Saccenti took in Ben Kramer as a partner in 1982 and immediately set up a race team with Kramer driving and Saccenti on throttles. They won many races and took many titles with Saccenti becoming recognized as one of the best-ever throttlemen.

In 1986 they built the first triple-engine 47-foot Apache Superboat, which became the go-to V-bottom in the Superboat racing class. In the meantime, Kramer built Fort Apache Marina on Thunderboat Row with capacity for two hundred boats in slips and dry-stack storage, as well as a classy restaurant.

After Aronow sold Cigarette Racing Team in 1982, he immediately established USA Racing Team, again on Thunderboat Row. He proceeded to build stealth-looking 39-foot Blue Thunder catamarans for the US Customs Service for hunting down drug smugglers. Then Vice-President George H.W. Bush actually did some prototype testing of the boats with Aronow. Much later I was given a brief ride on one of these at one of the offshore races. The boat was all business.

This caused quite a stir in the go-fast boat world as Aronow had also sold boats to some who used them for drug running since they could outrun most police vessels. Now Aronow had designed and built a boat that would go even faster and be able to run down the smugglers. Those who had previously purchased boats from him for nefarious purposes were not at all pleased.

In 1986, he was negotiating with Kramer to buy his USA Racing Team, and it is said that some cash had come to Aronow as part of the intended sale. But Ben Kramer had also delved into other pursuits that had him indicted for multiple serious drug offenses. Because of this, US Customs Services indicated they would not purchase Blue Thunder boats if Kramer was involved.

So the sale was nullified but it is said that Aronow held onto the cash advance. On February 3rd, 1987, Don Aronow was shot and killed in his car on Thunderboat Row between his office and Saccenti’s shop. Allan “Brownie” Brown was one of the first on the scene followed closely by Bob Saccenti. The murder remained unsolved for nearly a decade until Ben Kramer was finally charged with hiring a hitman named Robert Young to do the deed. Both were jailed for extended terms.

When I visited N.E. 188th St. in the late 1980s, within a year after the 1987 assassination of Aronow, the manufacturers located there included Magnum, Cigarette, Apache, Pantera, Tempest, and Cougar, along with the huge Fort Apache Marina and what was then the recently vacated Formula facility. At the head of the channel was Hi-Lift Marina, at the time the largest dry-stack storage facility and capable of fork-lifting 35-footers three levels up.

The street already had an unsavory reputation of drug-running in those days, and on that trip, I was shown where Aronow was shot while sitting in his Mercedes. I talked to Bob Saccenti and toured Fort Apache Marina, ate in the restaurant there, and saw the 41 Apache Warpath #69. Almost all of the manufacturers that were there on the street at that time have now moved elsewhere and high and low-rise housing developments have taken over the area.

I was invited back to Thunderboat Row in 1993 during the Miami Boat Show. The purpose was to visit Bobby Moore’s Custom Marine high-performance rigging shop located in the original Cigarette facility. I sat across the desk from Bobby in what was Aronow’s original office and maybe even Aronow’s desk. The walls were beautiful wood paneling with rounded corners and Bobby jokingly wondered if maybe when the building was torn down there might be cash stuffed in the rounded corners.

Bobby Moore was a multi-time world offshore racing champion and was considered one of the world’s best-ever throttlemen at the time. He had maintained boats for both Dick Bertram and Don Aronow and is credited with “inventing” the throttleman position in racing. I had met and interviewed Bobby many times in the past at races. He was a soft-spoken and true gentleman and always had time for you. And boy did he know his stuff. I was at his shop with the specific purpose to set a world speed record and I had invited my good friend and now fellow BoatBlurb writer, Captain Bill Jennings, himself a past world champion offshore racer, to join me.

The idea was to take an off-the-shelf production boat, powered by off-the-shelf production engines and propellers and setup for pleasure boating, and set an unofficial world speed record as the ‘World’s Fastest Production Pleasure Boat.’ The boat was a new 40-ft Douglas Skater pleasure catamaran powered by one of the very first pairs of Mercury Racing 900SC production engines coupled with regular Number Six outdrives. The package had been purchased by a husband and wife, and Bobby Moore was rigging it all up for them.

Bobby had just installed a new prop set that morning and thought the new choice would gain a few more miles per hour. I must say I was a bit nervous, but I trusted Bobby Moore’s experience and know-how implicitly. With a full load of Bobby at the helm, Bill, myself, and the husband and wife owners on board, we set off onto the Intracoastal headed south toward Miami where the channel was fairly wide.

We had to make several passes at well below full throttle due to the sighting ahead of large sportfishing yachts churning up wakes of six feet or more. Finally, we had a clear path and Bobby went for full throttle and optimum trim. Captain Bill had a handheld GPS and I took a picture of the screen as we topped out at maximum RPM at 141.3 mph (227 km/h) with five people on board. We all agreed that made for a fairly fast production pleasure boat and the boat owners were very pleased. And yes, it was an unofficial world speed record and it has been surpassed many times since then. As Mercury’s production engines increased in horsepower and production boats became stronger and lighter the standards have gone much higher with time.

It is sad for me to report that Bobby Moore died last year at his home in North Carolina. His son Billy, himself a seasoned and respected and winning throttleman, has taken over Bobby Moore’s Custom Marine on N.E. 188th Street, which is now a marina as well as a custom rigging shop. Still located in the old Cigarette facility, it along with the quiet Hi-Lift Marina at the head of the street are sadly all that remains of what was once busy and notorious Thunderboat Row. Except for the vivid memories of all who set foot there in its heyday.

For a little extra throwback, you can watch the 2009 documentary “Thunder Man”