How to Choose Your Yacht’s Flag State 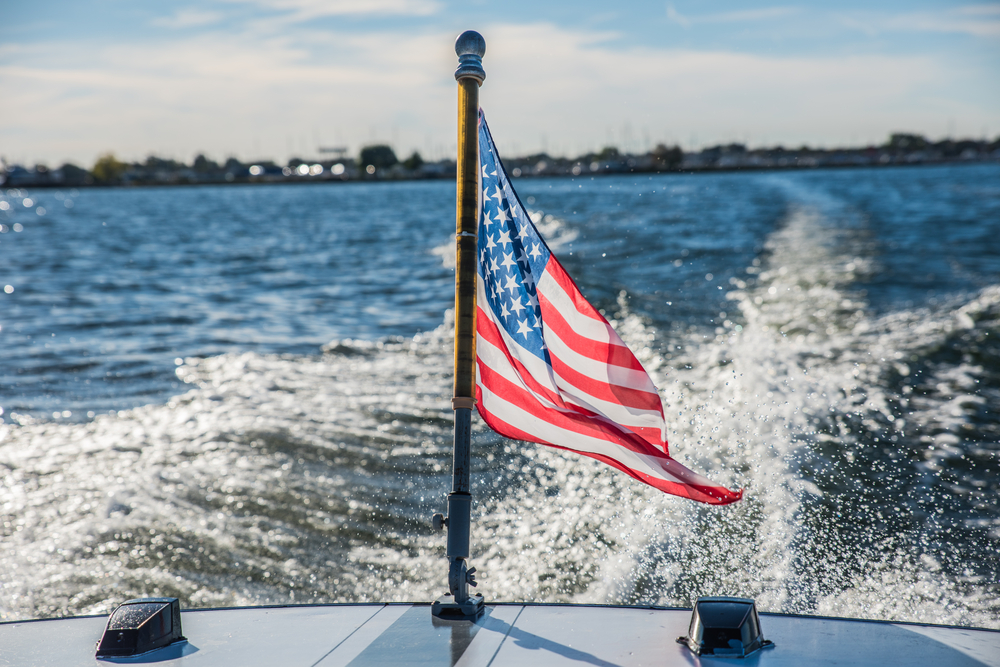 If you consider buying a superyacht for international cruises and chartering in the Caribbean and the Med, your lawyer or broker will tell you to register and flag the yacht offshore. The flag you choose to fly from your transom can have a direct bearing on your privacy, taxes, exposure to liability and boarding, the vessel’s success as a commercial enterprise, and, ultimately, your enjoyment of the yacht. So how do you decide which flag best serves your purposes?

There is no simple answer that covers every owner, but some basic considerations do apply. The choice of flag state has, over the last few years, become one of the most important decisions owners and/or their representatives must make,’ says Mike Dean of Isle of Man-based Döhle Yachts. A flag state is the country or governmental entity under whose laws a vessel is registered or licensed.

This can be the country in which the owner resides, or more commonly in the superyacht world, an offshore ship registry in a country with laws that are attuned to the complexities of yacht ownership and charter operations. The flag state has the authority and responsibility to enforce regulations over vessels registered under its flag, including those relating to inspection, certification and issuance of safety and pollution prevention documents.

Owners who choose to flag offshore – especially those who plan to make their yachts available for charter in the EU – can benefit in many ways, including, but not limited to, mitigation of some tax burdens, confidentiality of ownership, and reassuring lenders and insurance companies. An owner who intends to operate his vessel as a private yacht and not charter might register the vessel in his home country.

However, many popular flag states have appealing and relatively simple avenues for setting up offshore corporate structures that offer favourable taxation and liability protections under a stable fiscal and legal system. In addition they have construction, inspection and regulatory compliance regimes that can streamline the process of owning and operating a large yacht.

“The choice of flag state has, over the last few years, become one of the most important decisions owners and/or their representatives must make.” – Mike Dean, Döhle Yachts

Registering as a private yacht with a non-EU flag also allows an owner to operate under the Temporary Importation regime in Europe in which a yacht can operate for up to 18 months without the vessel being subject to customs duties or the EU’s Value Added Tax (VAT). Owners who intend to actively pursue charter in the world’s most popular destinations – in particular, the Med, which is ringed by EU states – and the Caribbean, will generally choose to incorporate, flag offshore and register as a commercially operated vessel.

In addition to the benefits above, such structures can allow the vessel to operate within the VAT system. VAT on charters is still chargeable to the end consumer – the charterer – but the system allows operators of legitimate charter businesses to account for their input tax in the normal business sense. For instance, if a business buys food for a charter, it will pay input tax on the supply but can deduct it as an operating expense.

Registering a yacht to operate commercially subjects it to a broad range of regulations related mainly to safety. A flag state will generally require a yacht to be in compliance with construction standards set forth by one or more of the main classification societies such as Lloyd’s Register, American Bureau of Shipping or Det Norske Veritas, as well as meeting safety and practice standards set forth by government agencies such as the UK’s Maritime and Coastguard Agency (MCA), as applied by the relevant states’ national legislation.

Choosing a particular flag is a vastly complicated matter generally settled between an owner and his attorney, but there are some basic considerations, not the least of which is the potential for the yacht to be boarded and detained by authorities. In short, there are good flags and bad flags.

“You need to be with a flag that can provide a solid commercial registration that’s accepted in the shipping industry and accepted by the governments of the world,” says Ken Argent of Water’s Edge Consulting Ltd.