Filippo, Magnum and Pininfarina — A Look Inside The Magnum Marine 45th Anniversary Book 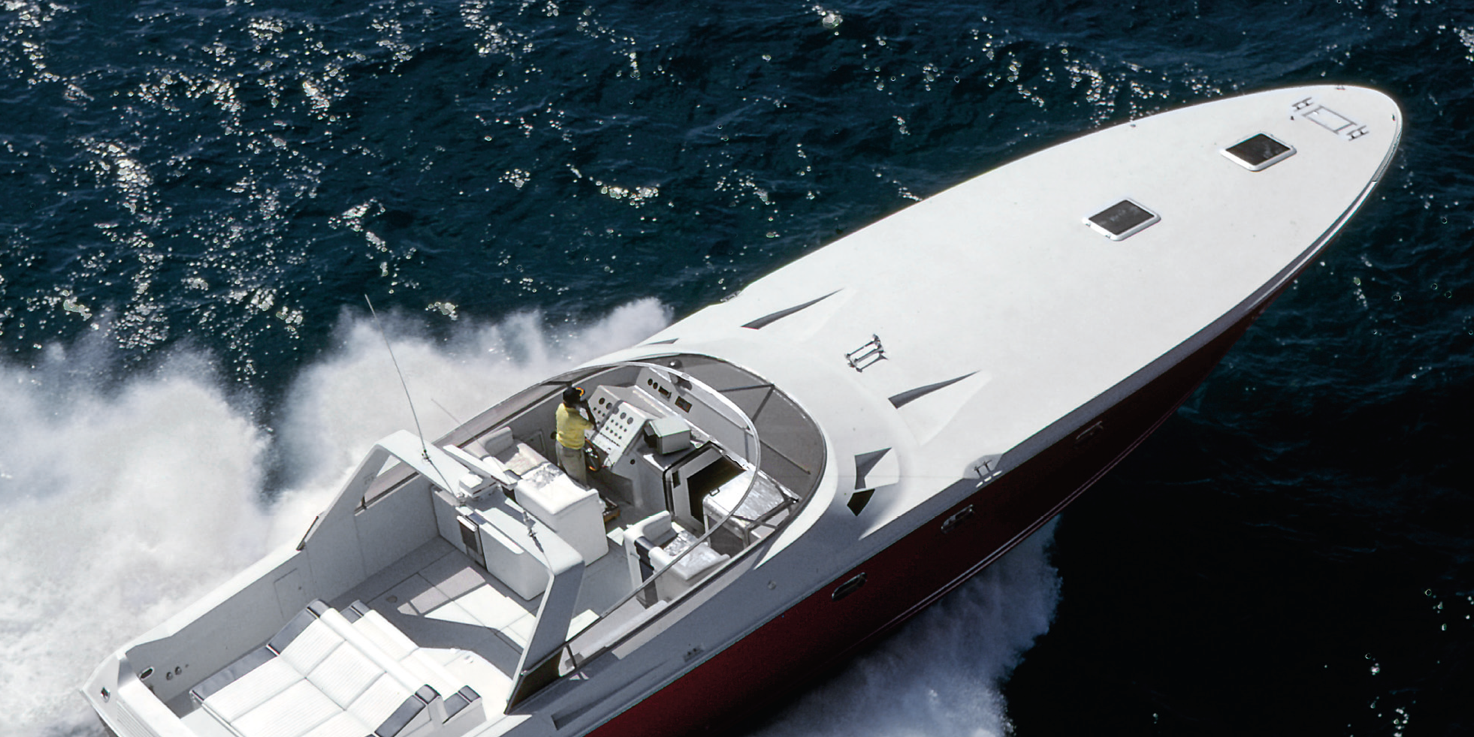 Magnums were being successfully sold all around the world, but in 1982, Filippo decided that the market wanted an even larger Magnum than the Magnum 53. Although Filippo had clear ideas about the hull design, which he wanted to build with the same criteria as the previous Magnums—the 24-degree deadrise, the deep-V hull, the relatively narrow beam—he wanted the deck to have the sophisticated, sleek design of a Ferrari, and therefore called in the Italian designer of Ferrari fame: Pininfarina.

Pininfarina designed a most beautiful, sleek deck, making the Magnum 63 the latest and greatest performance yacht in the Mediterranean, an auspicious head-turner that became the new queen of the Riviera. The Magnum 63 stood out. One of the first clients of the Magnum 63 said: “Whenever I drive into a port, everyone turns and looks. There may be much larger yachts, but they all look the same and no one ever notices them.”

The interiors of the first Magnum 63, designed by Katrin, were even more spacious and luxurious than on the Magnum 53, and they too were noted by the yachting world, with photos appearing in all the magazines. This was not only the best-looking boat on the water, but the fastest and largest production yacht.

To celebrate the success of its brand, on the crest of the wave for more than 47 years, Magnum Marine has prepared a fascinating book encompassing the company’s history and impact over the years. Click Here to learn more about the Magnum Anniversary Book.