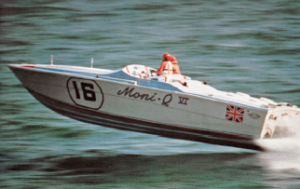 Check out Bud Weisner’s testimonial about his Magnum 27, Magnum 28 and Magnum 30!

Thumper Too was sold to Vaughn Szarka and renamed Head Hunter. He raced it from 1976 to 1978 and was crowned APBA US Champion Class III in 1977. Per Vaughn, he was proud to say he drove his Magnum to victory in every race he raced in. After talking to Roger Munn and Billy Martin, I understand that 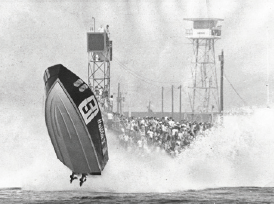 Magnum produced a handful of long bodied 27s, stretched to 29’9’’ and even to 34’, to coincide with an OPBA ruling.

These were strictly racing hulls. The first one was made for Billy Martin. Another one is Leviathan, raced by S. Jackson in 1972. It then became Boar Hog Too, driven by Juan Fernandez. It is the only long body that was powered by four 150 HP Merc outboards. Also Moni-Q and Hustler V are examples of these specially made stretched racing Magnums.