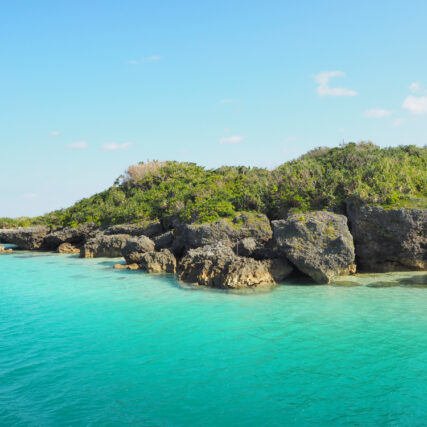 Last week we said we would be breaking down 17 more idyllic yachting destinations for your autumn boating pleasure. This is part number 2 of a two-part article detailing some of the best yachting destinations on planet earth. If you missed last week’s article click here! In this article, you’ll learn all about some of the exotic destinations available from the southern hemisphere to those you can find off the coast of Asian countries. Hopefully, after today you’ll know exactly where you are taking your Magnum Craft next!

19. The Galapagos Islands, Ecuador
Much better known but still as remote as you can get, the Galapagos Islands off the coast of Ecuador offer an incredible yachting experience for wildlife lovers and adventurers. Most of the islands have restricted access to protect the wildlife and are only reachable by boat.

Head even further south to ANTARCTICA for a unique secret destination, ideal for those seeking a once-in-a-lifetime experience.

20. Deception Island, Antarctica
Deception Island sits above an active volcano and is a significant scientific outpost as well as being an increasingly popular tourist destination. Explore the antiquated remains of a whaling station and an aircraft carrier, before trekking to one of the island’s natural hot springs for a dip.

Great swathes of AFRICA are for many, exotic and often impenetrable lands which exude mystery and intrigue. Luckily, the archipelagos dotted around its long coastline offer hardy yachtsmen endless opportunities to explore.

21. Aldabra Atoll, Seychelles
This atoll is only accessible by boat, with permission needed to visit the region as it is home to the biggest tortoises in the world. It is also a major diving destination.

22. St Helena, South Africa
St Helena is a British Overseas Territory located in an extremely remote part of the South Atlantic Ocean, just off the coast of South Africa. The last exile of Napoleon, the island is as isolated as its remote position would suggest but for nature lovers, it is a magical island which once visited will be forever imprinted in your memories.

23. Príncipe Island, Guinea
This island which lies off the coast of West Africa in the Gulf of Guinea is amongst the least visited countries in the world with just under 13,000 tourists per year. With very minimal roads and lush green interiors, a trip to the island is reminiscent of scenes out of Jurassic Park. There is also an abundance of wildlife, which has led to the island being called the African Galapagos.

Areas of ASIA are becoming increasingly sought-after as yacht charter destinations, with countries such as Thailand growing in popularity with the superyacht set. However, there are still a large number of places yet to be infiltrated by mass tourism.

24. Raja Ampat Islands, Indonesia
Home to the richest marine biodiversity on earth, these islands are heaven on earth for divers who come to explore the seas teeming with a huge variety of wildlife. Look out for whale sharks, manta rays, and the endangered Pacific Leatherback turtle.

26. Penghu Islands, Taiwan
For an extremely unique experience visit the Penghu islands, an archipelago of 90 islands in the Taiwan Strait. Discover white sandy beaches, coral reefs galore as well as ancient Japanese architecture, nature reserves, and picturesque fishing villages during a visit to this intriguing collection of islands.

27. Bantayan Island, Philippines
This paradise island is part of the Philippines and is located near Cebu Island in the Visayan Sea. Largely untouched by mass tourism and a guarded secret for those that have discovered its charms, this beautiful tropical island offers an array of peaceful beaches accessed by boat.

28. Kudaka Island, Japan
Kudaka Island is located in the Okinawa Prefecture island chain, in Japan. A sacred island due to the fact that it is thought to be the first place created by an ancestral god, Kudaka is only accessible by a yacht.

Finally, let us transport you to the secret destinations hidden in the waters of OCEANIA, where secluded islands are plentiful and the sailing conditions amongst the best in the world.

29. Vanuatu, South Pacific
The South Pacific archipelago of Vanuatu boasts more than 80 islands just waiting to be explored by yacht, with every island offering something different. It’s the perfect destination for expedition-style island hopping, with excellent diving, challenging hikes, and a mile upon mile of unspoiled beaches.

30. Taha’a Island, French Polynesia
Whilst it’s fair to say that all of the islands grouped under the name of French Polynesia are worth exploring if you are really searching for an off-the-beaten-path experience head to Taha’a. Here you will find stunning inland scenery, endless beaches, and some of the best views of Bora Bora you will ever see.

31. Pitcairn, South Pacific
This South Pacific island offers one of the remotest island experiences of anywhere in the world. Inhabited by just 50 people or four families who are all descendants of the mutineers from The Bounty in 1790, the island is nearly 6,000km from the nearest country, Australia.

32. Cocos Islands, Indian Ocean
Also known as the Keeling Islands, this archipelago comprising 27 tiny islands is a remote territory of Australia situated in the middle of the Indian Ocean. Here you will enjoy white­-sand beaches, palm trees, and lagoons for an unforgettable yacht charter where you are unlikely to be bothered by crowds!

33. Kimberley, Western Australia
The Kimberley region of Western Australia is a sailor’s paradise, with thousands of islands and fewer people per square kilometer than almost anywhere else on earth. The gateway to this region is Broome, on the west coast of the Dampier Peninsula, from where you can set sail down the Hunter River to sights such as Kuri Bay, the region’s first pearling settlement, and Montgomery Reef, an inshore reef. The possibilities are endless.

34. Dusky Sound, New Zealand
New Zealand’s coast is another hugely attractive destination for sailors, with stunning scenery and sweeping views. A firm favorite is Dusky Sound, one of the 17 fjords in the Fiordland National Park where you will find very little trace of humans at all.

35. Oke Bay, New Zealand
Nestled in the Bay of Islands in New Zealand, Oke Bay is a hidden gem that all nature-loving yachties will appreciate, with secluded sandy beaches, energetic hikes, and some of the country’s best fishing.