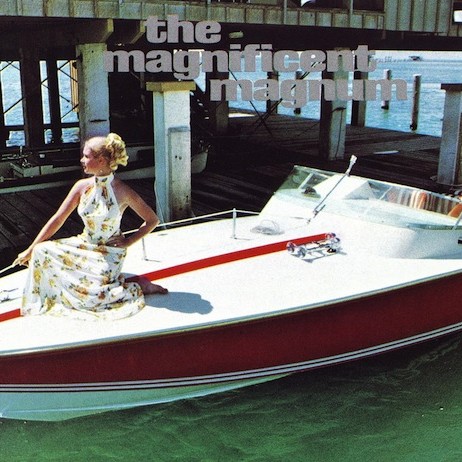 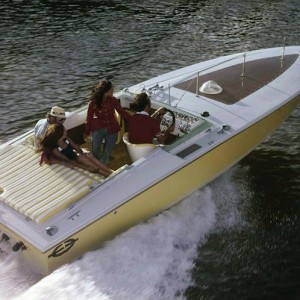 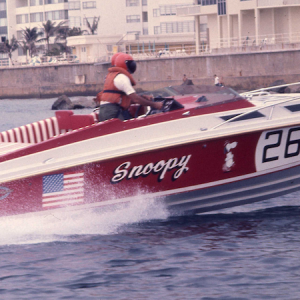 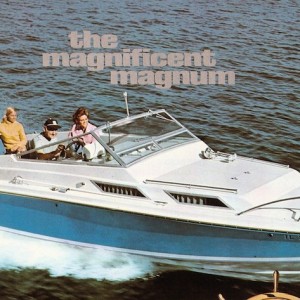 Apeco made three different models out of the 27′ hull: the Magnum 27′ Sedan, which had a raised deck with sitting head room inside; the Magnum 28′, with a rounded deck which also gave a bit more interior space; and, of course, the original 27′ sport race boat. The Magnum 27′ sedan became the ideal Patrol Craft.

In 1969, an Italian from Rome, Marchese Filippo Theodoli, saw the Magnum 35’ at the boat show in New York. He was immediately impressed. This was exactly the boat which was needed for the Mediterranean: a boat that an owner could operate by himself; a boat which had the speed, the seaworthiness of a racing hull, and a boat which had interior headroom and accommodation. The speed added to the safety. The deep-vee hull gave a comfortable, dry and safe ride. The hull was laminated by hand in fiberglass and was strong and practically unsinkable, even if an owner ran aground. Filippo Theodoli was so enthused and convinced about the future success of this new hull that he immediately bought a Magnum 35’ and became the exclusive European Magnum dealer.