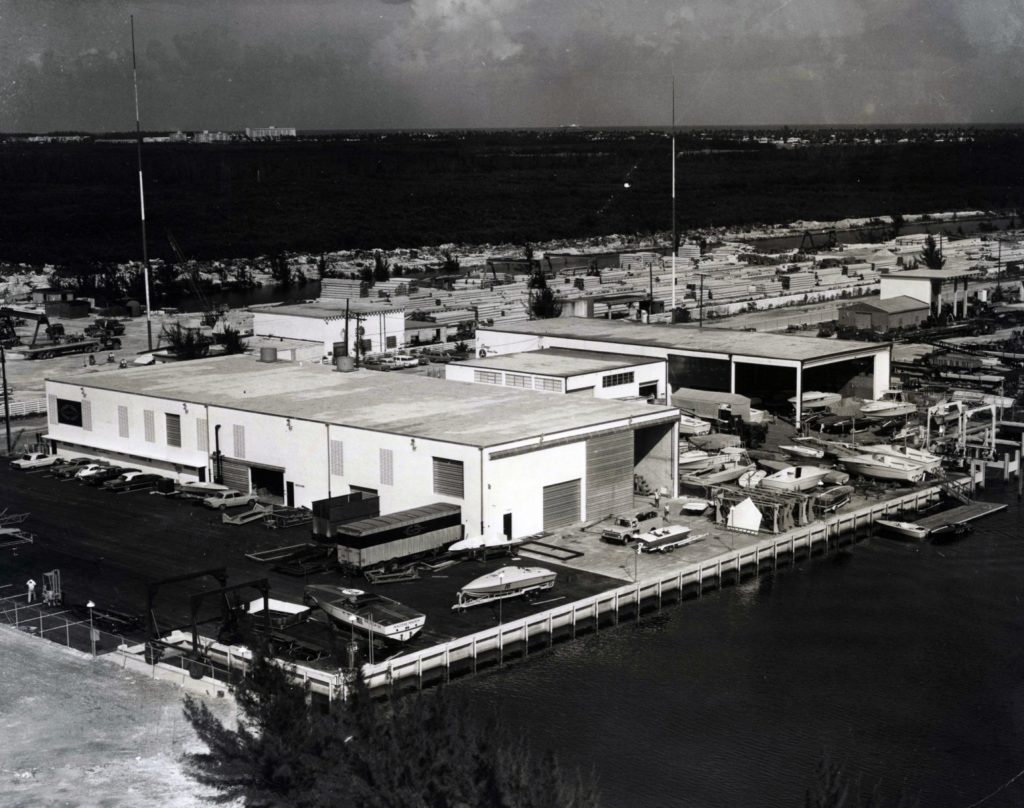 The acquisition of Magnum Marine by the Filippo Theodolis in 1976 was the brand’s defining moment. The year also marked a personal milestone for Katrin and Filippo, who celebrated the birth of their son, Giovanni. Filippo’s passion for Magnum and its future was strong. He had the innovative idea of transforming the race boat into a high-performance luxury yacht, combining the qualities of both. He had an intuitive sense of his clients’ nautical tastes and, after many trips to Miami, he had a firm grasp of Magnum’s internal operations. The transition from boat dealer to manufacturer would normally have been a daunting task, but as Katrin said: “Filippo was very knowledgeable about boats and had a very clear vision of where he was heading and what he wanted. There was a pretty good production team of about forty workmen, mostly Cuban, and a good engineer, so things ran pretty smoothly. Filippo and the engineer worked with the production team while I took care of the administration as well as the design. We were very busy and happy.”

Katrin relives the challenge of developing the boatyard on this rough and barren road. “Miami was not a chic, international place in those days. It was rough, especially on our street; there were no shops, no residences; there were just boatyards and barren earth. For the workers at the yard, a food truck, affectionately called the Roach Coach, would come by twice a day with sandwiches and drinks. There were also problems with drug runners, and in the 1970s and 80s, fast boats would run out to the mother ships at night, often taking off from Thunderboat Row.”

Above, an excerpt from the Magnum Marine hardcover publication talks about how Thunderboat row wasn’t quite so chic. A copy of the hard bound coffee table book, showcasing the entire history and photographic library is available in the online store at magnummarine.com. Magnum Marine is proud to continue production of the iconic brand after so many decades.